Andrew Sullivan posted this earlier as part of The Dish’s “Face of the Day” series, and I couldn’t stop giggling at just how unsettling it is.  Mr. President, you better start some holiday mascot outreach if you don’t want to lose their support in the midterms.  Beware the Bunny. 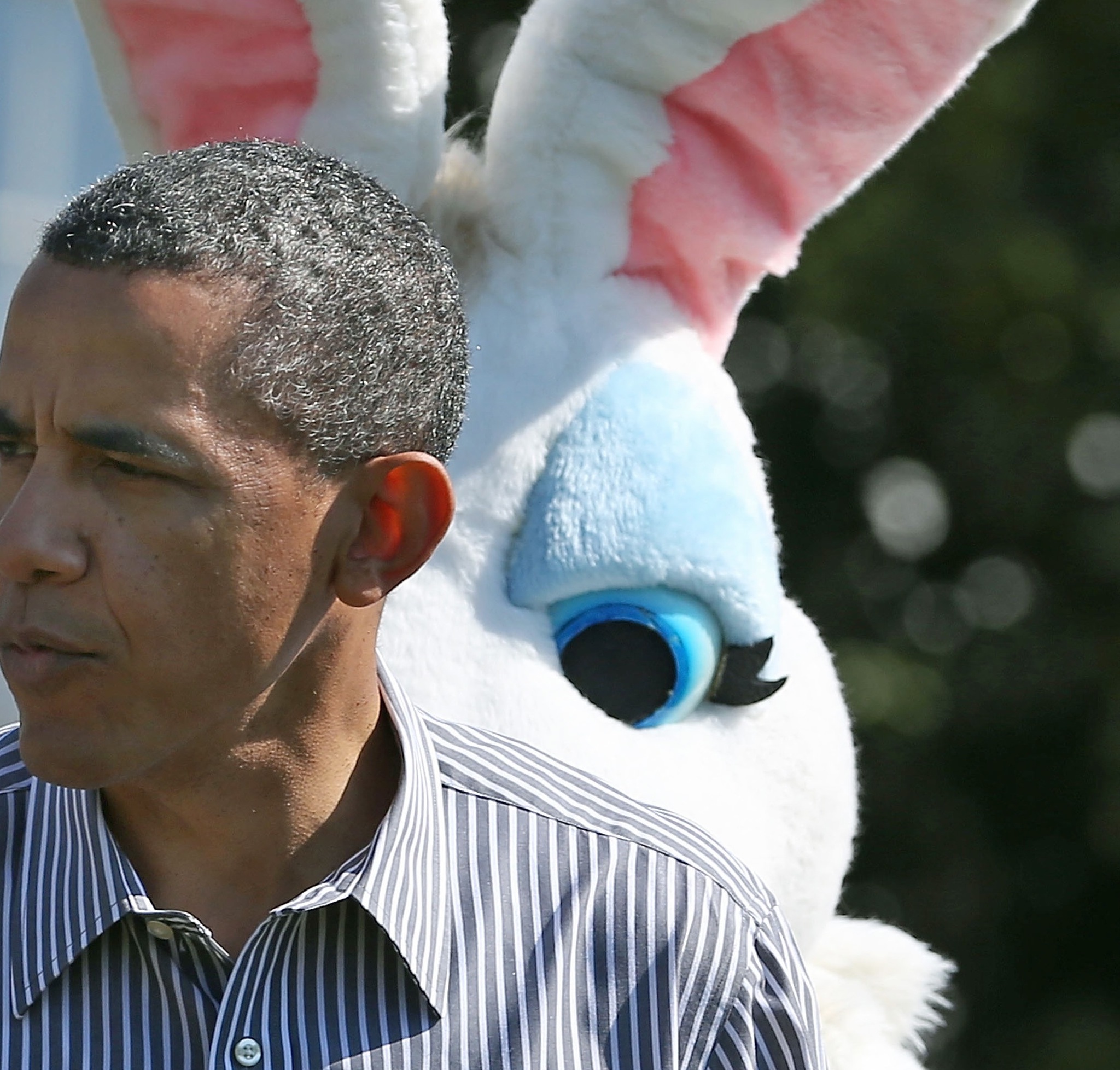 The German people, and by extension their filmmakers, seem to long for individuality.  Likely, this is a direct result of the oppressive, “do what Hitler says or be killed,” nature of Nazi Germany in the World War II era that stamped out all forms of individual thought, critical thinking, and civil liberties for the common citizens.  Since the fall of the Third Reich, it would likely not be remiss to suggest Germany has searched for a new, looser national identity, one that of course favors collective advancement as any country should, but also a culture that celebrates individual achievement.

In each of the films we have seen so far in this class, each has featured at least one scene in which a character asserts their individuality, be it quiet and righteous indignation, bratty insubordination, idealistic disobedience, or other such ways of going against the flow of societal norms.

In Four Minutes, Jenny and Frau Krueger each yearn for their individuality in intense ways, but they go about attaining that individuality in opposite ways.  Jenny is fierce.  She is a loud, in-your-face, punk rock character with a (reasonable) hatred for the system that has imprisoned her, both physically and creatively.

Therefore, Frau Krueger is at first a representation of that system to Jenny.  Her rigid adherence to the structure of classical music (and her hatred of Jenny’s “negro music”) gives her a dictatorial quality over Jenny, one she likely picked up from her years of working during the Third Reich.

As the two characters grow and bond together, they see the pros and cons of each other’s points of view.  Jenny still has her outburst at the film’s climax, but she does it in a way that is, in a sense, pleasing to Frau Krueger.  Jenny’s choice of a classical song for the recital goes along with Frau’s rules and regulations, but she cannot stamp out everything that Jenny stands for.  The song starts conventionally, but soon Jenny takes it for an avant-garde ride.  She plucks the piano strings from inside the instrument’s body, she stomps her feet for percussion, and she throws everything she has into something that had been, to Frau Krueger, only in the realm of inflexibility.

In Ali: Fear Eats the Soul, Ali is a reserved man.  Whether that is his natural state or a result of the racial prejudice he experiences daily is unexplained.  He seemingly is a go-with-the-flow type, willing to accept whatever Emmi wants him to do.  This is likely tied to guilt he feels toward her.  She took him in, loved him—even if he did not fully return that love, at least romantically—and made him feel at home in a foreign land that often treated him as unwelcome.  He probably feels like he owes her.

However, he is still a man twenty years her junior, one who does not necessarily feel much or any attraction to her.  Of course, the argument could be made that he committed to Emmi, so he should adhere to that commitment.  That argument does not account for his personal happiness, though, nor does it understand simple human nature.  We all make mistakes, and if he were to gallantly stay by his elderly wife’s side, he would uphold the then-current pie-in-the-sky liberal thinking that assumes an almost saint-like quality to the people who are different from the white, Western norm; the “noble savage” trope, among others. [Author’s note: Don’t confuse this with modern liberalism, which takes a more evenhanded approach to dealing with people from other cultures; i.e. they’re human and make mistakes just like anyone else.] In subverting that expectation, director Rainer Werner Fassbinder gives richness to Ali one would not expect.

How exactly does Fassbinder subvert the expectation?  He has Ali visit his bartender mistress several times after his marriage to Emmi.  He needs the (physical) love of a woman he finds attractive, one with whom he can connect on even as flimsy a level as age.  Is it right?  Probably not, but in the moment Ali feels the physical need, and perhaps he does not handle the situation well, but he needs to be with a woman who does not treat him like a wonderful pet. 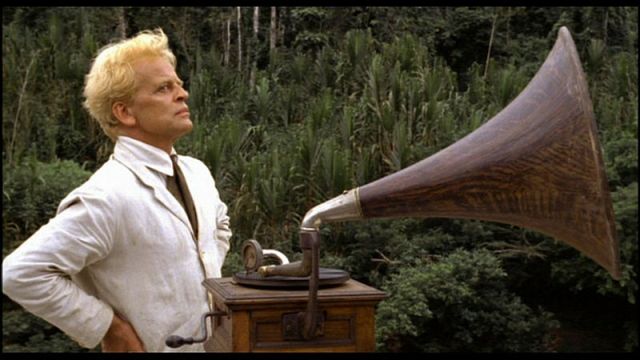 Possibly the most individualistic character in any of the movies we have watched thus far is Fitzcarraldo from the Werner Herzog film that shares his name.  He is not an individual because he wants to separate himself from bondage like Jenny, nor does he want to connect with another human being for sex like Ali.  No, Fitz wants to share his eccentric dreams with the world in general, and specifically the South American jungle peoples he meets on his trek.

Fitz stands out in several ways.  His shock of blond hair stands untamed atop his head, looking much like Ludwig von Beethoven.  This is maybe an affectation, given his gargantuan love of opera; maybe he wants to pay tribute to one of the finest composers to ever live.  But nothing about Fitzcarraldo stands out quite like his action that forms the central plot of the film.

If Fitz were to think for more than a few seconds about his plan to drag his rickety ship over the thickly forested hills, he would probably still not be deterred to build his opera house, but he would maybe admit his own insanity.  It is a downright goofy plan, and one that seems doomed to failure, which makes it all the more watchable.  Even though it does not fully work, his idea to bring his passion to people wholly unlike those he had met previously in his life is quite a righteous plan, and certainly an individualistic one.  Yes, he engages in some imperialistic behavior to accomplish his goal, but it is all part of a plan to share something almost universally thought to be good: Music.  That is a splendid reason for going your own way.

Written in 1974, the original draft of what ultimately became the epic franchise’s first screenplay is quite a different adventure than the one from the galaxy far, far away that was immortalized on screen. Luke Skywalker is an older Jedi general, while charismatic smuggler Han Solo is a lizard-type alien. The story’s main protagonist is named Annikin Starkiller.

Inside looks at the creative process — how things grow and evolve from draft to draft, etc. — are always fascinating, but eight issues of reading the term “laser-swords” time and again might show why things do change.